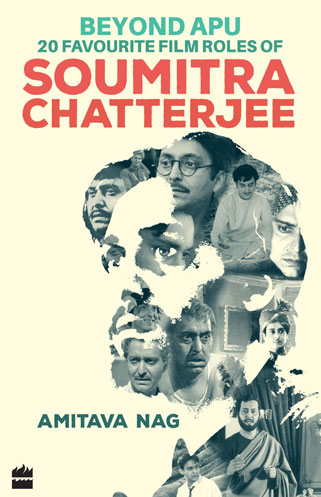 Soumitra Chatterjee’s debut in Satyajit Ray’s Apur Sansar as the eponymous, gentle hero won him international fame. The decades-long Ray–Chatterjee collaboration, in fact, ranks right up there with the best-known actor–director duos: Akira Kurosawa and Toshiro Mifune, Alfred Hitchcock and James Stewart, Werner Herzog and Klaus Kinski. In the superstar Uttam Kumar era, Chatterjee carved a comfortable niche for himself, a natural favourite of the student intellectuals and the bhadralok. Over time, he emerged as a giant of Indian cinema. Unusually, for a star of his stature, Chatterjee’s vibrant cultural engagement extended beyond the movies, most notably in the theatre, where he wrote and acted in his own plays, and to great critical acclaim. He has also made a fair name for himself as a poet, author, literary editor and painter.

Beyond Apu studies an extraordinary cinematic life through twenty of his most iconic characters, chosen by the actor himself. Within these pages, you will encounter the rakish villain in Jhinder Bandi, the charming roadside Romeo in Teen Bhuvaner Paare, the two-bit thief in Sansar Simante, the inspirational coach in Kony, the paraplegic neurologist in Wheel Chair and others – each character infused with the life that Chatterjee breathed into it. Packed with anecdotes and insights into the actor’s mind and method – how he learnt a new style of writing for Charulata, or how he studied the gait and mannerisms of Brahmins in Bengal villages for his role in Ashani Sanket – this is a reader on the master at work.

Including insightful essays on his theatre and other artistic achievements, this first-ever English-language book on Soumitra Chatterjee not only introduces the reader to an icon of Indian cinema but also offers a unique insight into the mind of a genius.

'Soumitra Chatterjee is bigger than a Ray actor'
By Aseem Chhabra
One of India's greatest actors -- someone who acted in 14 Satyajit Ray films -- doesn't get good movie roles anymore.
More
Review on

Launch Coverage
I am not just a Ray actor: Soumitra Chatterjee at release of book on his roles
India Blooms News Service | Feb 18, 2016
More
Launch Coverage on

Soumitra Chatterjee releases book ‘Beyond Apu – 20 Favorite Film Roles’; Sneak Peak into the Cinematic life of the Actor through 20 of his Iconic Characters
Sholoana Bangaliana | Feb 22, 2016
More
Launch Coverage on 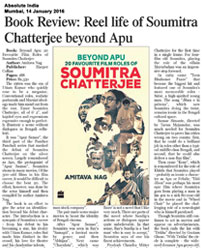 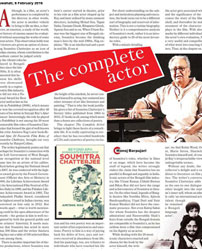 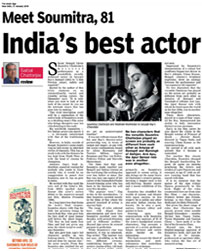 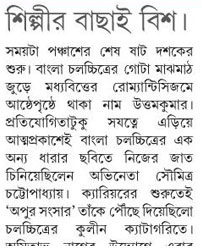 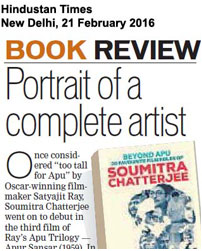 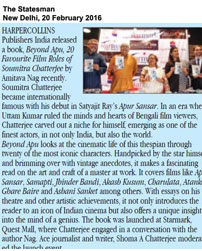 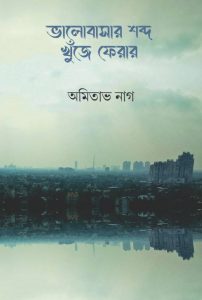 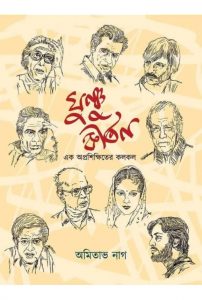 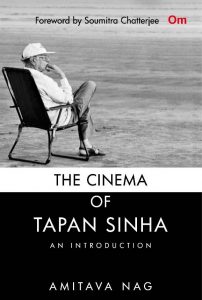 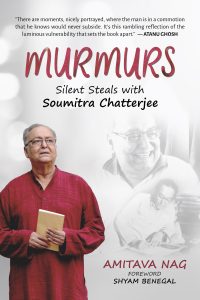 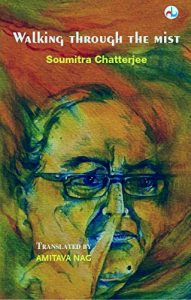 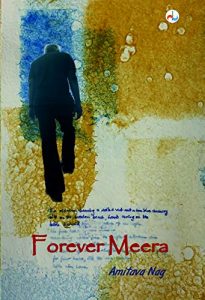